Check out this video from RUST magazine to see the bike in action and to hear what UK importer Dean Clements thinks of them!

Recently at Haines motorcycles we became a Fantic dealer and took delivery of our first two brand new Fantic 250E Casa’s. These fantastic bikes retail at £4899.00 + OTR price which compared to a new enduro bike is a huge difference. The colours available are the traditional livery factory White-Red-Blue and the aggressive Black edition, with Black-Red-White graphics. Fantic have designed these bikes to be trail ridden primarily but they are more than capable of being a worthy enduro competitor at clubman level. Fantic have used the same engine as the Gas Gas Cami which was very strong and smooth with a good wide spread of six gear ratios. Fantic have teamed up with ARROW to produce a high quality compact exhaust system. ARROW are an infamous brand in the world of on road and off road motorcycles giving a definite increase in the performance.

Here at Haines motorcycles we have changed/modified a few things on this bike before taking it out for a test ride. Firstly we have had a local company make us an alloy wrap around sump guard this is very durable and is a perfect fit for the bike as well as giving better protection for the water pump and lower engine casing. The sump guard still allows oil and filter changes without removal (due every 1250 miles following the initial change at 625 miles).

The next modification we carried out was for the same purpose as the new sump guard, protection. We have added a front sprocket protector plate to prevent the chain jamming or engine casing damage should the chain come off. As you can see from the picture it sits just in front of the sprocket and is connected with two bolts to give it the sturdiness it needs.

We have put a foam air filter into the bike rather than leaving the standard paper one in as we felt this was more suited to off road riding. A draining pipe from the air box was also added by us so that any unwanted water or dirt could easily escape from the air box but not get in from this point.

A 13 tooth front sprocket was swapped from the original 14 tooth sprocket. This makes life easier on local sections such as Pant Glas steps etc, but the wide spread of 6 gears still allows you a good top speed without the revs.

One of the great differences we made was the battery. When we first received the bikes they were fitted with the YTX9-BS battery which weighs 3.344kg, this may not sound very heavy but it makes all the difference on an off road bike, especially when it is placed at the top section of the bike. To save this unnecessary weight we took it out and put in a 600g Lithium ion battery. This is a huge difference of 2.744kg and still produces the power of the standard battery with no signs of failing or giving up.

We already knew the liquid cooled engine was ideal for trail riding as well as being more than smooth enough for a daily commute from our previous Gas Gas Cami demo using the same motor. There is far more bottom end than a modern 4t enduro bike and the seat height is also that bit lower than a full on enduro which most will appreciate on green lanes.

The brakes and suspension are more than up to the job, and the ride is quite plush. The seat is long and flat allowing you to move your weight around when needed, and the controls are nice and light with standard brush guard protection.

Fantic have fitted an easy to read and operate LCD digital speedo with switchable miles to km (at the press of the right button for 5 seconds), together with clock, stopwatch and two resettable trips. A Halogen 35/35W headlamp and LED rear light take care of night riding.

Fuel economy around the Wye Valley green lanes and some private land averaged at 52mpg, with the tank holding 8.5ltr, this should give a range of well over 90 miles.

The Casa finds grip best on mud when using 2nd or 3rd gear depending on the gradient etc. and will pull at quite low revs to get the traction. The 4 stroke engine braking is welcome on big descents, and the clutch is smooth on tight turns and over brows when needed.

To sum this bike up, if you need a bike to enter the odd Hare and Hounds or Time Card enduro plus a fair amount of trail riding, or commuting, then the Casa will do the job with ease and put a big smile on your face whilst doing so.

Don’t just take our word on how great this bike is, check out RUST magazines write up on it too! RUST ISSUE 24
& TMX News! 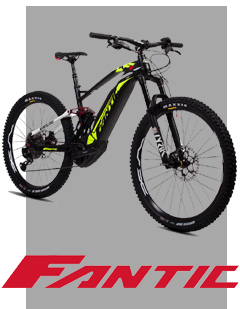